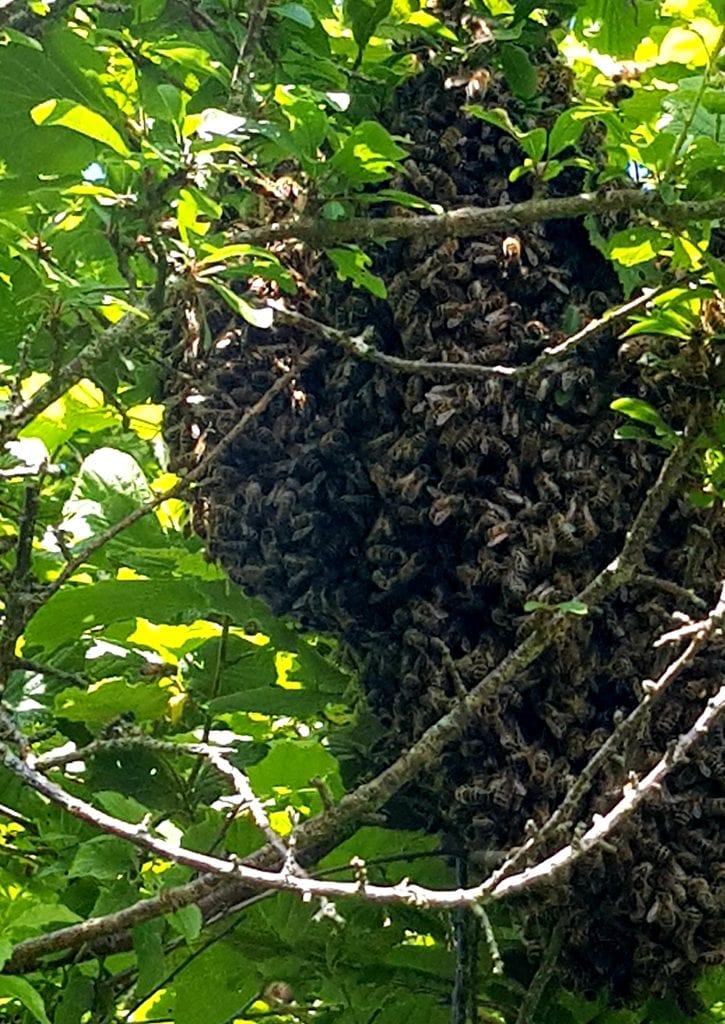 Why do bees swarm?

Swarming is a natural behaviour of healthy colonies of bees and is simply their method of reproduction. The complexity of all their different behaviour boils down to wanting to successfully pass on their genes, they can only do this by budding off a swarm or by raising drones who successfully mate with a virgin queen on her mating flight.

As beekeepers we breed from our least “swarmy” stocks but obviously we want to maintain strong, large, healthy colonies and despite our best efforts these booming colonies will occasionally get the swarming urge.   There are ways in which to control the swarming impulse. In order to collect a good honey crop it is vital to try to control swarming as much as possible.

Multifactoral triggers for swarming means that the colony of bees biologically recognise when it is a good time to swarm. The triggers can be due to internal and external conditions. 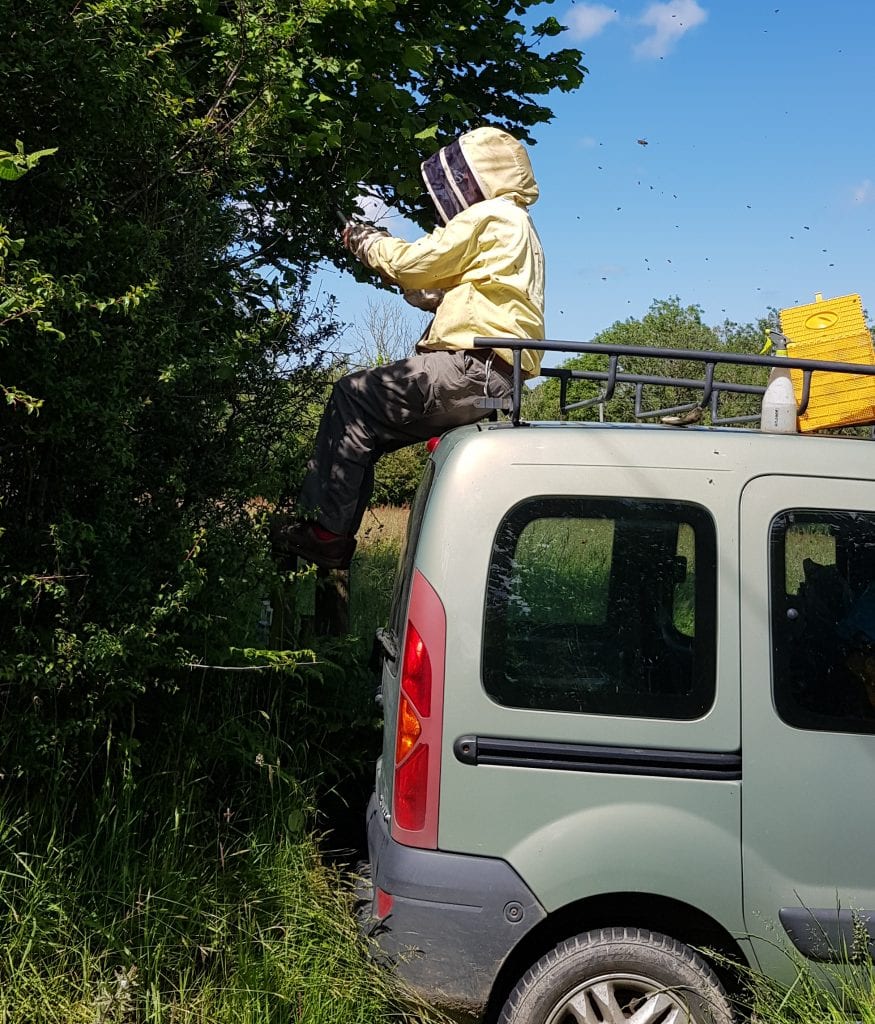 Internal (inside the hive)
1. Size of the colony,  brood nest congestion, space for queen to lay, maturity of queen.
2. Space for nectar processing and storage, have they got enough supers ?.
3. Biological factors and cohesion of the colony due to the queens pheromones or lack of.
External
1. Time in the season –  peak of the swarming urge is in May and June (when it is most likely to be successful due to conditions and forage) and declines following.
2. Poor Weather – periods of poor weather (with little flying time) often happens before swarming.
3. Good Weather-obviously weather has a major influence on nectar flows and these govern the inputs a colony receives, bees will often swarm preceding an upturn in conditions following a period of low flying activity and confinement.
The beekeeper can  control internal conditions to a certain extent through management of the hive but can’t do anything about the external
factors.
The main swarm control is mostly about management of the brood are

Two main issues to think about

1.Do your bees have enough space?. If your bees are thriving its important to check how many frames of brood you have. A good time to start checking hives is in the spring as the weather starts warming up. Each frame of brood hatched will fill approximately 3 frames worth of space. Bees will swarm with their queen if a hive is too cramped and you want to avoid this if possible. So if you have brood on approximately 6 frames of brood, add a super, this gives them space to fill with honey. Lack of egg laying space is also a contributory factor leading to swarming. If supers are not added soon enough, if a nectar flow is happening the bees have no other choice than to store it in empty brood cells that were destined to have eggs laid inside. The queen egg laying reduces and is fed less which in turn results in less queen substance being released and the bees then go into queen cell production mode.

2.Queen aged or no queen-  Queenlessness  an experienced ear can sometimes hear if the colony is missing a queen. The queen-less hive sounds different to a colony with one in place. It is an agitated higher pitch to the usual content lower hum; the population will also start to fall. First you will see less nurse bees, but eventually foragers will decrease in number as well. It is sometimes hard to figure out what’s going on but soon enough you will know what to look for. If the queen is lost either through swarming or another reason the queens special pheromone or ‘substance’ as some call it will also be lost. Without the pheromone the rest of the colony are stimulated into emergency action and queen cells will be made in numbers, these are larger tubular cells and often found hanging on the bottom of frames. Finding these emergency cells are a good indication that the hive is queen-less.

Brood IN all stages? While inspecting you will want to see brood in all stages (BIAS)  These stages are the egg, larva, capped brood, pupa and adult hatching bee. Seeing all stages give you good information as to the status of your queen, that she is still in the hive, healthy and laying. If there are no eggs, she may have stopped laying, swarmed or been lost. If only the lumpier drone brood can be see it is an indication that she has become a drone layer this can be to do with her age. Drones come from un fertilised eggs so it is often a sign to re queen.

The subject of Swarm control is vast, this blog only really scratches the surface. For a more comprehensive and practical look at this issue Ceri recommends an excellent paper by Wally Shaw.